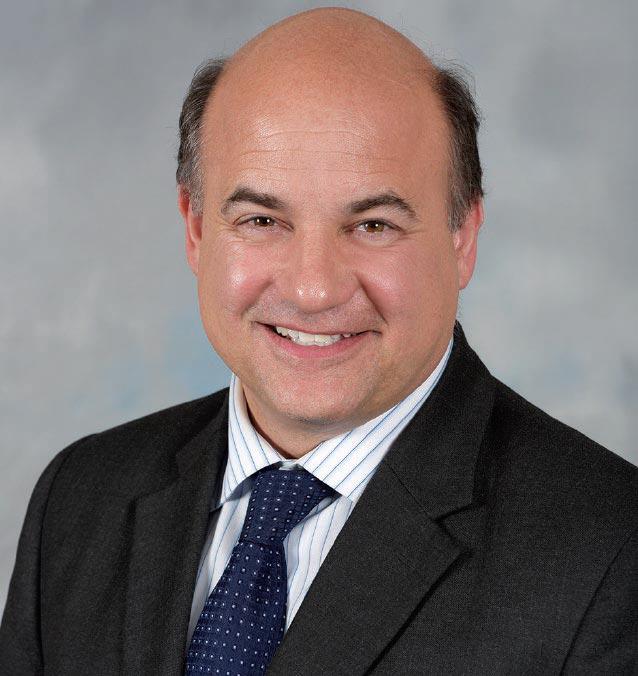 Dr. Read is the Group Managing Partner for The C Change Group, focused on initiatives which can materially and positively transform theworld’s utilization of natural resources. C Change’s initiatives over thepast decade have included transformative energy and materials technology company investments as well as new infrastructure initiatives related to bulk glacier water from the Greenland Icecap, transformative fuels for maritime and aviation purposes, and new clean and sustainable approaches to maritime and aviation logistics.He served as Chairman of the Investors’ Committee for the President’s Working Group on Financial Markets under Treasury Secretary Henry Paulson. His undergraduate degree in Statistics and MBA in Finance and International Business are both from the University of Chicago while his master’s in Economics and Ph.D. in Political Economy (focusing on the role of natural resources in national economic growth) were earned from Stanford University.

John T. Preston is a Co-Founder of The C Change Group and leads C Change’s efforts related to innovation investing including helping to create Braidy Industries, a company focused on lightweight metals for the auto and aerospace industries. Mr. Preston spent much of his career (30 years) at the Massachusetts Institute of Technology, M.I.T., managing the interface between researchers and industry.  His titles included Associate Director of the M.I.T. Industrial Program, and the Director of Technology Development (and Licensing) at M.I.T., where he was responsible for the commercialization of intellectual property developed at M.I.T.  M.I.T. generates roughly two inventions per day on a research budget of about $750 million. In Mr. Preston’s capacity, he oversaw activities that led to the creation of hundreds of new technology-based companies as well as the negotiation of thousands of licenses with existing companies. He also oversaw many complex negotiations including the creation of the U.S. standard for high definition television, while representing M.I.T. on the HDTV Grand Alliance. Mr. Preston also taught entrepreneurship at M.I.T. as a Senior Lecturer.  Mr. Preston was awarded the rank of “Knight of the Order of National Merit of France” by French President Mitterrand. He was awarded the “Hammer Award for Reinventing Government” by Vice President Gore. He chaired President George H.W. Bush’s conference announcing the President’s technology initiative. He co-chaired a conference for HRH Prince Charles, The Prince of Wales Technology Awards Conference. He advised the Clinton White House in preparation for the Kyoto Summit on climate change and he spoke at President Reagan’s White House Conference on Superconductivity. He testified before Congress seven times as an expert on technology innovation and has been on advisory boards for the US DOD, NASA, US DOC and numerous others.  He is the recipient of many other awards and honors including the Thomas Jefferson Award, given to the leading American in technology transfer and the Renaissance Engineering and Science award from Stevens Institute of Technology. Mr. Preston is Honorary Alum of the Massachusetts Institute of Technology.  Mr. Preston has served on four public company boards including Clean Harbors (1993 – present) and as Board Advisor to Mars Incorporated.  Mr. Preston received a B.S. in physics from the University of Wisconsin and a M.B.A. from Northwestern University.

Over three decades, Dr. Tichotsky has specialized in the finance and economics of natural resource development and wealth management, especially in the oil and gas (LNG) industry and the mining industry. He has worked in Alaska, Northeast Asia, Europe, and Central Asia, with considerable experience in China and Russia.  John Tichotsky’s experience includes working as an international advisor and consultant for Roman Abramovich (Sibneft, Evraz) on natural resource issues (oil and gas, electricity, whale quotas, governmental relations), and as an expert on Northeast Asian energy issues. Dr. John Tichotsky was the Economic Advisor for Alaska Gasline Development Project, a $43 billion LNG and pipeline infrastructure project to move stranded natural gas from Alaska to Asia. Previously he worked as the Chief Economist and Advisor to the Alaska Governor and the State of Alaska’s Department of Revenue, where he led a group of economists that provide the State of Alaska with policy advice on all of Alaska’s economic activities, especially investment and petroleum revenue.  John Tichotsky also has considerable experience as a project manager, an international resource negotiator, a privatization specialist, a real estate developer, a director for a junior mining company, and a senior analyst at a rating agency. John Tichotsky has authored definitive studies in northern regional economic development and Northeast Asian gas industry structure.  He has worked extensively with rural and indigenous communities in Alaska, Russia, and Mongolia. He has a Ph.D. and Master degree from Cambridge University (Jesus College), as well as a BA from Dartmouth College (New Hampshire).

An Alaskan for 25 years, Weiran graduated from the University of Alaska Anchorage with a degree in Mechanical Engineering. After graduation, he worked for Applied Engineering Solutions, Inc., a Process Safety company specializing in Engineering, Engineering Design, Process Systems, Burner Management Systems, and Industrial Cybersecurity. He was promoted after 4 years of dedicated work to become the Process Safety Lifecycle Manager in charge of the Greater Asia region. Currently, Weiran manages his own company involved in the restaurant, aviation support, engineering, and tourism sectors in the Anchorage industry. He brings with him a deep understanding of how to conduct business in the Asian market and a wide breadth of experience that can aid in the completion of any capital project.

Nicholas has developed and managed agricultural partnerships across Sub-Saharan Africa as a subject matter expert in agribusiness from his base in Dubai over the past two decades. Roles have included serving as Advisor to the Africa Enterprise Challenge Fund, a $150 million African agri-sector fund backed by the UK’s DFiD; Private Equity advisor to Kenana Sugar Company and he has also served as Executive Director and co-Chief Investment Officer to the Gulf-Japan Food Fund, a $400 million strategic initiative between Japan and the GCC, to invest in regional solutions to food security. In addition to directorships on numerous public company boards across a variety of agribusiness sectors. He graduated in 1990 from Massey University, New Zealand with a class honours bachelor’s degree in Agriculture. 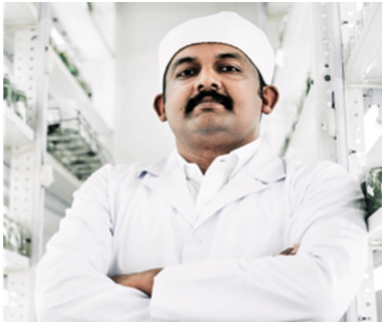 Kiran provides C Change Africa with over 15 years of experience in the field of plant tissue culture , specializing in horticulture crops and floriculture, building and managing commercial hi-tech tissue culture labs with the capacity to produce 7-10 million plants (seedlings) annually with 150-200 professional staff, large-scale farming, greenhouse production, and research and development.  He has worked extensively in India and Africa, serving as the former Technical Advisor at the Mekelle Institute of Technology in Ethiopia (Plant Tissue Culture & Greenhouse Division), where he played a vital role in producing 22 million sugar cane tissue culture plantlets to Ethiopian Sugar Corporation (Addis Ababa).  He has also held leading positions with well-known agri-biotech companies in India and the Netherlands.  He earned his master’s (M.Sc.) in Biotechnology from Bharathidasan University (India) and his MBA in International Business from Annamali University (India).

Wolfgang has over 25 years of leadership experience where his teams were responsible for accounting, controlling, strategy, finance, human resources, and company-wide project management. He was Controller and Head of Corporate Strategy of Sky Pay TV Germany and Senior Consultant at Arthur Andersen (Accenture) and GE Capital.

Erik is an experienced entrepreneur, business developer and consultant. He combines practical and empirical knowledge in international project- and innovation management (i.e technology scouting-, transfer and finance) and his sales and marketing skills. Erik built a worldwide network and enjoys a trusted relationship within. Erik started out in the media & television industry with producing and directing over 100 reports and documentaries internationally. He has worked as a managing partner for the PatentPool Group for over a decade in business development, sales & marketing. Erik is former Member of the Board of Von Roll Solar AG and ART Carbon International AG, is managing partner and co-founder of Reiter & Schwinge GmbH, Entheogen Enterprises DOO & Entheogen Capital AG and partner of the C Change Group.